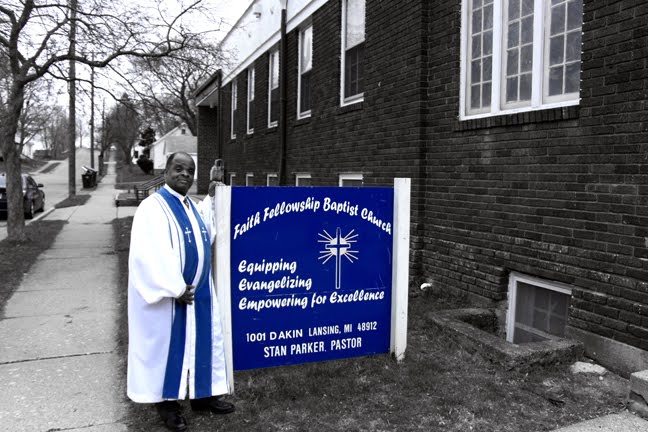 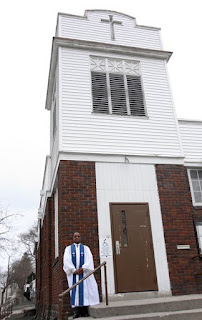 
Rev. Stan Parker is pastor at the Faith Fellowship Baptist Church in the Eastside’s Potter-Walsh neighborhood. He is 61 years old and has dedicated over half his life to serving his Lord and Savior, Jesus Christ. His Reverend, Charles Tolbert, brought Parker into the ministry in 1983 at the Galilee Baptist Church in his hometown where he worked for 18 years, and became pastor at Faith Fellowship 16 years ago.
Pastor Parker maintains that he preaches for people to be faithful rather than perfect because he, himself, is not perfect and that only God is perfection. Rather, in his sermons, he implores people to actualize in their own lives with Jesus Christ as their guide. In a recent sermon, he broke down the difference between saying you want something and actualizing upon personal goals while staying humble and grateful for the things you have around you. He spoke of love as the ultimate guide for human behavior and has created a very warm and inclusive community at his church. 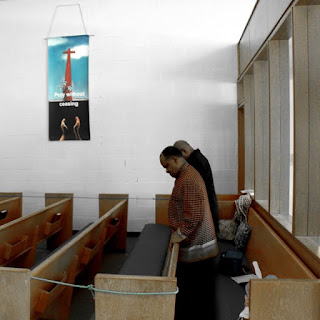 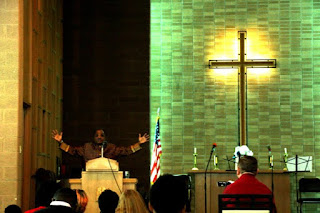 Part of what makes his church a great place for the community is that it feeds the community both spiritually and literally. Throughout the week, Pastor Parker is responsible for helping run the church’s food bank making sure families in the area can eat, and helping serve post-sermon meals every Sunday. He also helps direct an after school program at the church. The efforts made by Pastor Parker and other active members of the church make Faith Fellowship an inviting space to be. When prayers are said, there is an overwhelming sense of unity amongst those praying because they are all praying for the same things: for the health of their friends and family as well as the prosperity of their community.
Rev. Parker has a great sense of pride in the Eastside community and how close-knit the group that attends his church is. Sitting in on one of his sermons, it feel as if the group of people listening to him are one cohesive unit rather than a group of strangers gathered strictly for a religious gathering on a Sunday morning. And the message they are listening to holds some pretty valuable knowledge if you really listen to what he is saying.
At one sermon, he emphasized the difference between simply saying that one lives their life for the lord and actually making the daily sacrifice leading a religious life entails. It was an attempt on his part to spread the idea that words are nice but that they hold no value unless you back up the things you tell people with actions. His level and humble approach to being a religious leader on the Eastside of Lansing is one that presents his followers with an opportunity to lead a fulfilling and rewarding life.