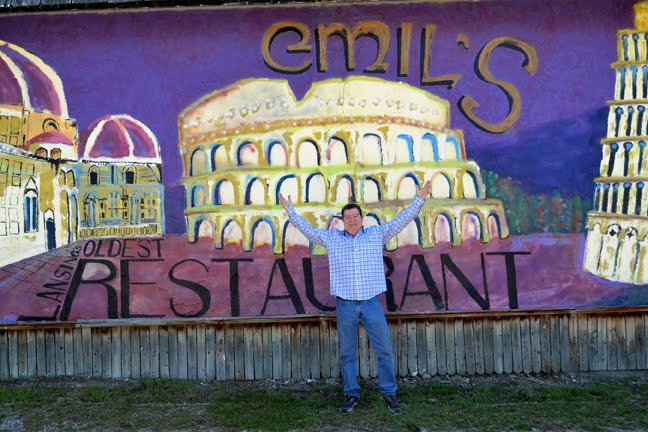 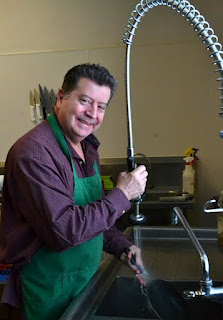 A legacy is a person, place or thing that has a lasting affect on its surrounding community. It’s remembered and respected long after the physical manifestation has gone away with time. Opened in 1921, Emil’s Restaurant has a rich and dynamic history. Emil DeMarco first opened a fruit stand near the corner of Michigan Avenue and South Clemens Ave. After great success with the fruit stand, Emil then moved the business inside and transformed it into a sundry store. After Prohibition, he received the first beer and wine license in the city of Lansing and turned the fruit stand into a bar. Emil DeMarco’s two sons then took over the family business in the late 1960’s and turned the bar into a full restaurant and expanded the size of the location. Today, third generation owner and Eastside frequent, Paul Grescowle holds the reigns for Emil’s Restaurant and is carrying forward this great Lansing legacy. 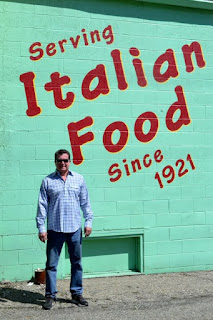 In October of 2015, the restaurant closed its doors. However, this was not the end for the family business. Paul did what each generation in his family had done before him, he “took Emil’s to the next level.” Working exclusively out of the kitchen in the Allen Market Place he has started a new venture, Emil’s Too, producing “soups, sauces, and ready to eat meals.” Paul also has hopes of packaging and selling the famous sauces “in smaller grocery stores… and then later larger stores.” In the community kitchen he is sticking to the classic favorites to be bought to order: marinara sauce, alfredo sauce, lasagna, cannelloni, and manicotti. Taking the Emil’s brand this route is what Paul always wanted to do. All of these recipes are the same ones that kept people coming into Emil’s for almost 100 years, Paul is just cooking them in a new location. 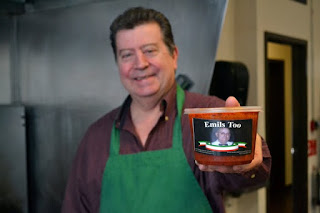 Things are going nowhere but up for the Emil’s Too, and the community can’t wait to see what happens next. “The wheels are turning and I am very pleased,” said Paul on the future of Emil’s Too. In the meantime, the Eastside will enjoy their Italian food with pride knowing that this amazing Lansing legacy will live on right in the Allen Market Place.
Email ThisBlogThis!Share to TwitterShare to FacebookShare to Pinterest