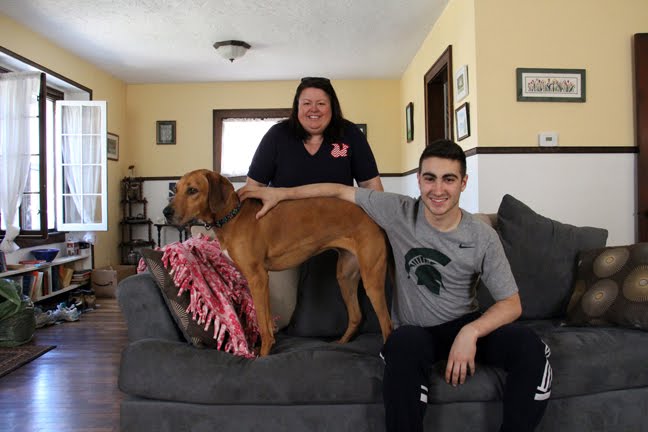 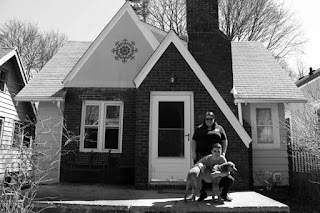 
Julie Powers is a proud Eastside woman who is also an active member of the community. Having grown up in East Lansing, she likes living on the Eastside because she wanted to live in a walkable neighborhood that also had some funk. Julie rents one of the only single-story houses on her block and says that she always has to remind everyone that “Renters are people too.” She enjoys the sense of community that comes with the Eastside, from the children who play baseball in the street, using parts of her front lawn for the bases, to the elderly who will tell you if you drive too fast. To phrase it neatly, she likes living in an architecturally homogenous neighborhood that is also socioeconomically diverse. 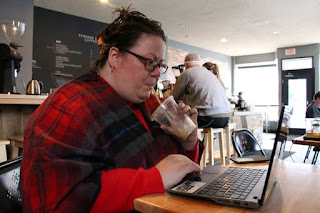 Julie is the executive director of the Greater Lansing Housing Coalition (GLHC). The multi-million-dollar non-profit organization manages housing needs in the greater Lansing area, helps with down payments for houses, and works with municipalities and other communities to translate their goals into housing plans. The organization runs with the help of many volunteers and grants, many of which Julie writes herself. When she is not at work Julie is a self-proclaimed ‘loud-mouth’ advocate for housing equality and goes to city council meetings frequently.


Something that is new for Julie this year is that she is hosting an exchange student from Spain. When Julie first heard that host families were needed she was interested because she had been on an exchange to France when she was in high school. However, she wasn’t sure that she would qualify since she does not have any children of her own. Once she learned that she could host a student she signed up to be a host for three weeks. However, after meeting and connecting with Javi, she ended up hosting him for the entire year. She said she knew they were a good match as an exchange family when he started to be affectionate with her dog, Maggie. 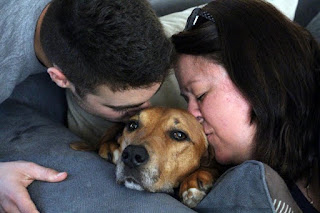 By hosting Javi, Julie has transformed into a soccer mom. She said she enjoyed going to Javi’s games and recalled a time on the field when the players were communicating the plays to each other in more than a dozen languages that made her truly appreciate the diversity among the students at Eastern High School. Julie says she plans to visit Javi and his family in Spain and maybe even head over to France to reconnect with the family that hosted her when she was in high school.
Email ThisBlogThis!Share to TwitterShare to FacebookShare to Pinterest