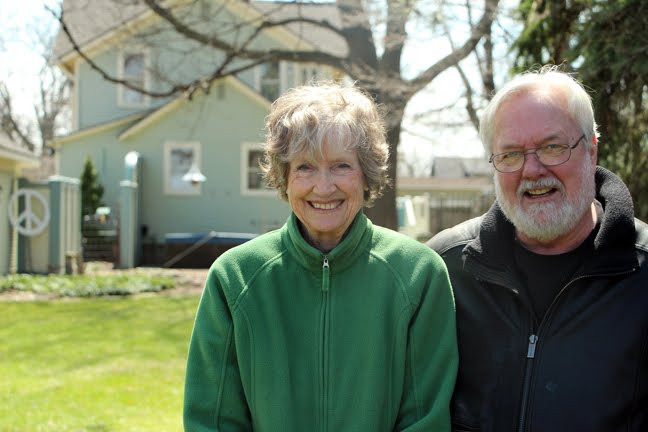 
Beth Monteith and Gary Novak, longtime Lansing residents married thirty-two years, have lived on the Eastside for over thirty years. Beth, now retired, studied special education and political science before working as a middle and high school teacher. She has also worked with the Lansing teacher’s union and served as a minister. She lived in downtown Lansing when she met Gary thirty-seven years ago. Gary studied landscape architecture at MSU. He now works with Omnitec building “cool stuff” and designing trade-show exhibits. 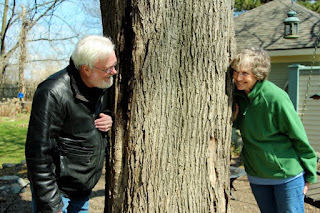 Aside from raising their son in Lansing, the couple has been very involved in their Eastfield neighborhood. Beth worked with Model Cities in the 1970s, and was president of a Lansing area teacher’s union. She helped organize Allen Neighborhood’s Eastside Home and Community tours which drew large crowds to experience a variety of homes and Eastside neighborhoods.

Currently, Beth is involved with the Michigan Peace Team, an activist group that sends peaceful protesters to international locations such as Central America and Palestine. Gary has designed different pieces of art for the community, such as the welcome sign that greets drivers to the Eastside. 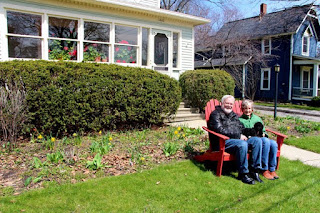 The couple lives on Vine Street, or as they like to call it, ‘Divine’ street, in their 132-year-old home. The Eastside is known for its sense of community. Some of Beth and Gary’s neighbors have lived on Vine Street for over thirty years, and raised their children in their homes. Now, their children have moved back to the neighborhood and started families of their own.

Aside from getting involved in their community, Beth and Gary enjoy gardening, too. They have a beautiful yard and gardens behind their home. “Beth grows vegetables and flowers, and her side is really sunny and bright,” Gary said. I call my side the dark side. It’s all ornamental plants.” He went on to describe his gardening style: “It’s sort of like an orchestra, not like the top 40 radio station that comes on like annuals that blast away all summer long. Sort of like a symphony, where something will come in and fade, then something else will come in....”

Beth and Gary have become a fixture on Lansing’s Eastside. They don’t just live in their community, they have helped form it through caring relationships and their activism. 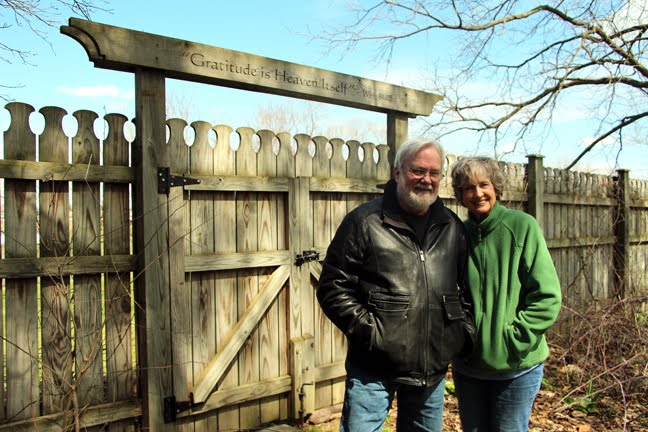